Germany is a home to large naturist population that often identify themselves with the so-called ‘free body culture’ – Freie Körper Kultur (FKK), so no wonder its capital hosts a huge naked disco! The Schlagernacktparty is organised every two months in the club “Schwuz” at Rollbergstrasse 26, Berlin 12053. Its concept and original idea occurred to DJ Jupiter with collaboration of DJ Stern of Avalon and Itzy in 2003, and it has grown very fast through the last years and has reached almost 400 guests at each event! 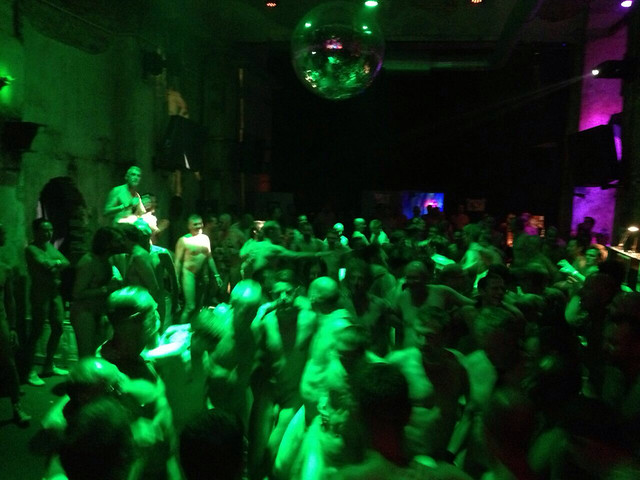 Schlagernackt is a self-explanatory portmanteau name: Schlager is German pop music from the 1970-80s, Nackt means naked and rhymes with Nacht, night. As a non-German, I was very sceptical in the beginning, but as I listened to it, I found it so nice and funny that I loved it ever since… I decided to come regularly to the party and then even joined the team to help with the whole oprganisation.