Naturism is a deep rooted culture in Greece and a practice that has rubbed off to other citizens in different parts of the world. More and more people are just getting to discover this age old culture and hence the importance of this series of posts. We have been looking at the naturism culture in Greece with special focus on the naturist beaches. The recurring memo from these posts has been the relaxed feeling naturist beaches have to offer when one is on holiday. Of all the countries in Europe with the best holiday destinations, Greece is one of the best with the beaches to match.

However, it is not just anywhere in this history-rich nation one can go totally nude just because they’re on holiday. There are areas in Greece set aside explicitly for the sake of naturism with the exception of a few where the space is shared by both clothed and nude occupants. In this series, we highlighted the naturist beaches in Greece, nudist spots and accommodation facilities that cater for such and other activities found there. The details of this series are in the interest of the first-time naturists or beginners and regular naturists who wish to explore new territories and meet fellow nudists.

Of the naturist beaches in Greece, we first looked at the island of Crete. The best of this island is the naturist hotel Vritomartis which is home to a private naturist beach named Filaki. Filaki is the Greek word for prison and contrary to the name’s meaning, Filaki’s Vritomartis naturist resort is a five star establishment that offers only the best of naturism. Many tourists here spend their time sunbathing since the beach is characterized by rocks and pebbles. However, there are other naturist beaches in Crete which we’ve shared in the respective post such as Hersonissos, Elounda and Georgioupolis. 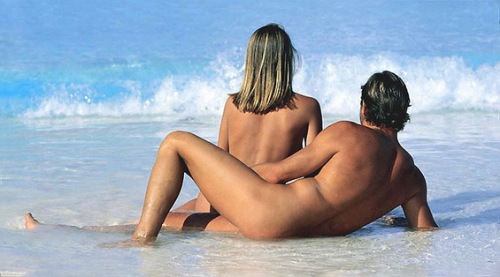 Moving on to our post on naturist beaches in Dodecanese, naturists get a treat from these scattered islands. There are several nudist spots on these islands. One only ought to find naturist friendly ones as there are some beaches where nudism is considered offensive. From Astipalea to Tilos to Rhodes Islands, the tale is the same. Nude swimming is a popular activity given the water is crystal clear and the weather good for swimming. Snorkeling is practiced in some areas offering a break from the norm that is sun-soaking. 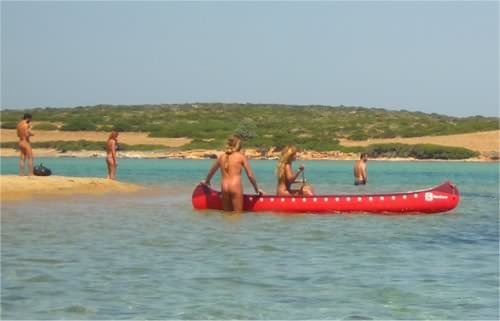 After Dodecanese, the island trail preceded to the naturist beaches in Cyclades. Here the naturist beaches are secluded with an assortment of activities such as camping, swimming, sunbathing and skinny dipping. The locals offer a warm reception and the Beach Club at Psariliki beach is proof of this. Here, one finds a handful of European tourists mostly of Italian and French descent.

In the beautiful North Aegean Islands, one is spoilt for choice. This collection of forested islands has a buzz of events which deviate from the traditional sunbathing and swimming. It is windsurfers’ joy as some of the naturist beaches in North-Aegean islands offer this and several other water sports which are enjoyed nude. Tsamadou beach is a culmination of the crème de la crème of naturism in this region. It is described as one of the best abode for first time nudists. A unique feature of this beach is scuba diving in the deep crystal blue waters. Fanoremi and Nas beaches are other prominent nudist beaches in this island complex. 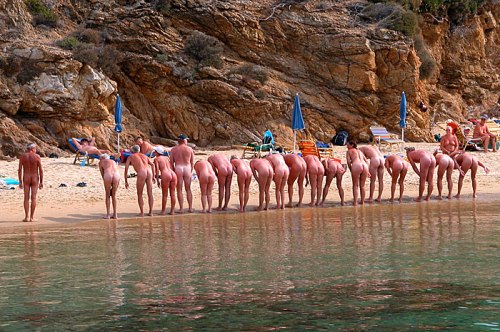 For the adventurous nudists, Saronic and Sporades is the place to be. The surrounding is great for hiking, camping and boat rides. In addition, the weather favors the adventure. Naturist beaches in Saronic and Sporades are located in remote places. Besides the challenge of accessing these beaches, visitors are sometimes forced to carry their own tanning beds and food. To get a taste of this adventure, one can try accessing the Chalkiada Island which is located in a rather remote area of Agistri Island.

The Ionian Islands region is characterized by several beautiful naturist beaches. Corfu’s Mirtiotissa, Kefalonia’s Myrtos and Lefkada’s Kathisma are enticing holiday spots for naturists. Furthermore, just as Crete has Vritomartis, Zakynthos Island in the Ionian complex has Hotel Panorama, a world class hotel with naturists’ interests at heart. Hotel Panorama has exquisite views of the Aegean Sea and several cuisines from various parts of the world including the local one. It is establishments such as these that show the dedication Greece has for naturism. There are other nudist spots and naturist beaches in the Ionian Islands region where luxury is not compromised.

Over to Cyprus, and one still finds naturism at its best. The island of Cyprus is not part of the Greek islands but naturism seems to be contagious, as it well established here. There’s something for everyone given the wide range of naturist beaches in Cyprus. Lara Bay Akamas is a taste of just how much Cyprus is into nudism. The bay is a turtle conservation habitat which doubles up as a tourist attraction site due to the fragile nature of turtle development. However, one has to be careful not to strip in areas that are non-nudist, since locals consider it quite offensive. 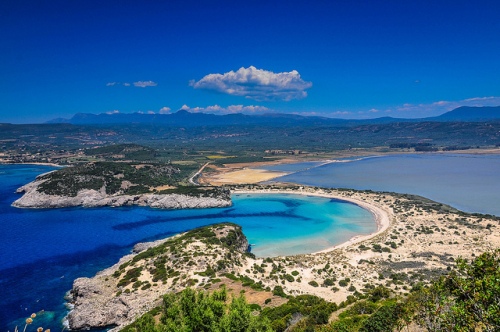 Naturism is also popular on the Greek mainland. There are a decent number of naturist spots in Peloponnese, Attica, Macedonia, Thessaly and many other parts of the Greek shoreline and for this reason, the area is covered in two parts. Mainland beaches are also popular because of their historic significance and the filming of a world famous movie. Voidokilia, Ramnous, Kalamitsi and Pilion are just a taste of naturist beaches in Greek mainland which are easily accessible and expansive. Naturism enthusiasm on mainland is the same if not better than that in the islands.

Naturism in Greece is widespread and it would be improbable to report on each and every nudist spot in just one piece. In fact, there’s a lot more to see than we can write about. The people, the culture, the water and the weather make it a holiday to remember. Naturism in Greece is all about these and a good full body tan.

When i started writing these series i didn’t know what i would encounter and didn’t think it would take so long, but now that this effort came to an end i feel both relieved and miserable. I feel relieved because i managed to finish such a big task i put to myself but on the other hand i feel a little bit miserable because writing about the beaches and everything made my mind travel to these places again and brought me very happy memories of my travels to Greece. I was very happy to see that all my post were liked by you and that i had co-travelers to this journey. I just hope one day to get the change to visit each one of these beaches again and i wish that all of you that stayed with me this whole time will get the chance to do it too because i think its worth it.